No Condemnation in Christ

Hello!
Here is some encouragement and comfort from Jesus :) 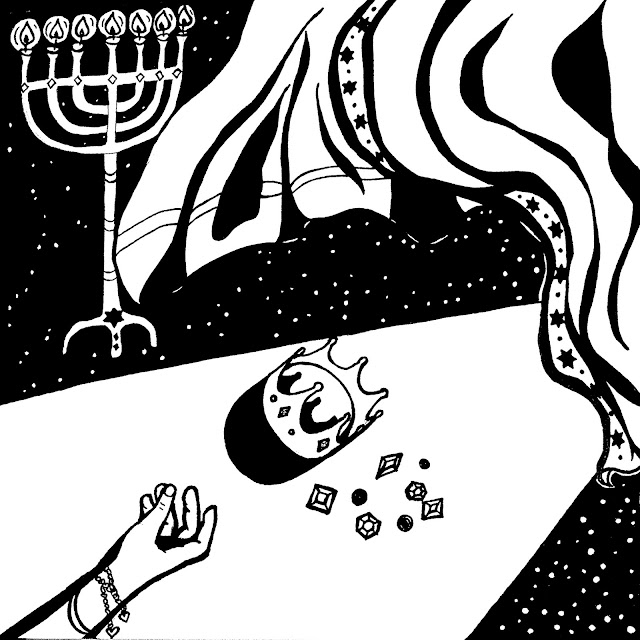 4 After this I looked, and there before me was a door standing open in heaven. And the voice I had first heard speaking to me like a trumpet said, “Come up here, and I will show you what must take place after this.” 2 At once I was in the Spirit, and there before me was a throne in heaven with someone sitting on it. 3 And the one who sat there had the appearance of jasper and ruby. A rainbow that shone like an emerald encircled the throne. 4 Surrounding the throne were twenty-four other thrones, and seated on them were twenty-four elders. They were dressed in white and had crowns of gold on their heads.5 From the throne came flashes of lightning, rumblings and peals of thunder. In front of the throne, seven lamps were blazing. These are the seven spirits[a] of God. 6 Also in front of the throne there was what looked like a sea of glass, clear as crystal.

is the Lord God Almighty,’[b]


11 “You are worthy, our Lord and God,
to receive glory and honor and power,
for you created all things,
and by your will they were created
and have their being.”

14 Seeing then that we have a great High Priest who has passed through the heavens, Jesus the Son of God, let us hold fast our confession. 15 For we do not have a High Priest who cannot sympathize with our weaknesses, but was in all points tempted as we are, yet without sin. 16 Let us therefore come boldly to the throne of grace, that we may obtain mercy and find grace to help in time of need.

45 Now from the sixth hour until the ninth hour there was darkness over all the land.46 And about the ninth hour Jesus cried out with a loud voice, saying, “Eli, Eli, lama sabachthani?” that is, “My God, My God, why have You forsaken Me?”[k]

47 Some of those who stood there, when they heard that,said, “This Man is calling for Elijah!” 48 Immediately one of them ran and took a sponge, filled it with sour wine and put iton a reed, and offered it to Him to drink.

49 The rest said, “Let Him alone; let us see if Elijah will come to save Him.”

50 And Jesus cried out again with a loud voice, and yielded up His spirit.

51 Then, behold, the veil of the temple was torn in two from top to bottom; and the earth quaked, and the rocks were split, 52 and the graves were opened; and many bodies of the saints who had fallen asleep were raised; 53 and coming out of the graves after His resurrection, they went into the holy city and appeared to many.

54 So when the centurion and those with him, who were guarding Jesus, saw the earthquake and the things that had happened, they feared greatly, saying, “Truly this was the Son of God!”
55 And many women who followed Jesus from Galilee, ministering to Him, were there looking on from afar, 56 among whom were Mary Magdalene, Mary the mother of James and Joses,[l] and the mother of Zebedee’s sons.

New International Version (NIV)
Christ’s Sacrifice Once for All

10 The law is only a shadow of the good things that are coming—not the realities themselves.For this reason it can never, by the same sacrifices repeated endlessly year after year, make perfect those who draw near to worship. 2 Otherwise, would they not have stopped being offered? For the worshipers would have been cleansed once for all, and would no longer have felt guilty for their sins.3 But those sacrifices are an annual reminder of sins. 4 It is impossible for the blood of bulls and goats to take away sins.

5 Therefore, when Christ came into the world, he said:


“Sacrifice and offering you did not desire,
but a body you prepared for me;
6 with burnt offerings and sin offerings
you were not pleased.
7 Then I said, ‘Here I am—it is written about me in the scroll—
I have come to do your will, my God.’”[a]

8 First he said, “Sacrifices and offerings, burnt offerings and sin offerings you did not desire, nor were you pleased with them”—though they were offered in accordance with the law. 9 Then he said, “Here I am, I have come to do your will.” He sets aside the first to establish the second. 10 And by that will, we have been made holy through the sacrifice of the body of Jesus Christ once for all.

11 Day after day every priest stands and performs his religious duties; again and again he offers the same sacrifices, which can never take away sins. 12 But when this priest had offered for all time one sacrifice for sins, he sat down at the right hand of God,13 and since that time he waits for his enemies to be made his footstool. 14 For by one sacrifice he has made perfect forever those who are being made holy.

15 The Holy Spirit also testifies to us about this. First he says:


16 “This is the covenant I will make with them
after that time, says the Lord.
I will put my laws in their hearts,
and I will write them on their minds.”[b]

“Their sins and lawless acts
I will remember no more.”[c]

18 And where these have been forgiven, sacrifice for sin is no longer necessary.
A Call to Persevere in Faith

19 Therefore, brothers and sisters, since we have confidence to enter the Most Holy Place by the blood of Jesus, 20 by a new and living way opened for us through the curtain, that is, his body, 21 and since we have a great priest over the house of God, 22 let us draw near to God with a sincere heart and with the full assurance that faith brings, having our hearts sprinkled to cleanse us from a guilty conscience and having our bodies washed with pure water.23 Let us hold unswervingly to the hope we profess, for he who promised is faithful. 24 And let us consider how we may spur one another on toward love and good deeds, 25 not giving up meeting together, as some are in the habit of doing, but encouraging one another—and all the more as you see the Day approaching.

New International version
12 Blessed is the one who perseveres under trial because, having stood the test, that person will receive the crown of life that the Lord has promised to those who love him.

8:1 Therefore, there is now no condemnation for those who are in Christ Jesus,

2.
the action of condemning someone to a punishment; sentencing.

2 because through Christ Jesus the law of the Spirit who gives life has set you[a] free from the law of sin and death. 3 For what the law was powerless to do because it was weakened by the flesh,[b]God did by sending his own Son in the likeness of sinful flesh to be a sin offering.[c] And so he condemned sin in the flesh, 4 in order that the righteous requirement of the law might be fully met in us, who do not live according to the flesh but according to the Spirit.

14 For those who are led by the Spirit of God are the children of God. 15 The Spirit you received does not make you slaves, so that you live in fear again; rather, the Spirit you received brought about your adoption to sonship.[f] And by him we cry,“Abba,[g] Father.” 16 The Spirit himself testifies with our spirit that we are God’s children.17 Now if we are children, then we are heirs—heirs of God and co-heirs with Christ, if indeed we share in his sufferings in order that we may also share in his glory.
Present Suffering and Future Glory

18 I consider that our present sufferings are not worth comparing with the glory that will be revealed in us. 19 For the creation waits in eager expectation for the children of God to be revealed. 20 For the creation was subjected to frustration, not by its own choice, but by the will of the one who subjected it, in hope 21 that[h] the creation itself will be liberated from its bondage to decay and brought into the freedom and glory of the children of God.

22 We know that the whole creation has been groaning as in the pains of childbirth right up to the present time. 23 Not only so, but we ourselves, who have the firstfruits of the Spirit, groan inwardly as we wait eagerly for our adoption to sonship, the redemption of our bodies. 24 For in this hope we were saved. But hope that is seen is no hope at all. Who hopes for what they already have? 25 But if we hope for what we do not yet have, we wait for it patiently.

26 In the same way, the Spirit helps us in our weakness. We do not know what we ought to pray for, but the Spirit himself intercedes for us through wordless groans. 27 And he who searches our hearts knows the mind of the Spirit, because the Spirit intercedes for God’s people in accordance with the will of God.

28 And we know that in all things God works for the good of those who love him, who[i]have been called according to his purpose. 29 For those God foreknew he also predestined to be conformed to the image of his Son, that he might be the firstborn among many brothers and sisters. 30 And those he predestined, he also called; those he called, he also justified; those he justified, he also glorified.
More Than Conquerors

31 What, then, shall we say in response to these things? If God is for us, who can be against us? 32 He who did not spare his own Son, but gave him up for us all—how will he not also, along with him, graciously give us all things?33 Who will bring any charge against those whom God has chosen? It is God who justifies.34 Who then is the one who condemns? No one. Christ Jesus who died—more than that, who was raised to life—is at the right hand of God and is also interceding for us. 35 Who shall separate us from the love of Christ? Shall trouble or hardship or persecution or famine or nakedness or danger or sword? 36 As it is written:


“For your sake we face death all day long;
we are considered as sheep to be slaughtered.”[j]

37 No, in all these things we are more than conquerors through him who loved us. 38 For I am convinced that neither death nor life, neither angels nor demons,[k] neither the present nor the future, nor any powers,39 neither height nor depth, nor anything else in all creation, will be able to separate us from the love of God that is in Christ Jesus our Lord.

All definitions are from Google, bold my emphasis.

Posted by hello sunflower at 1:05 PM No comments: